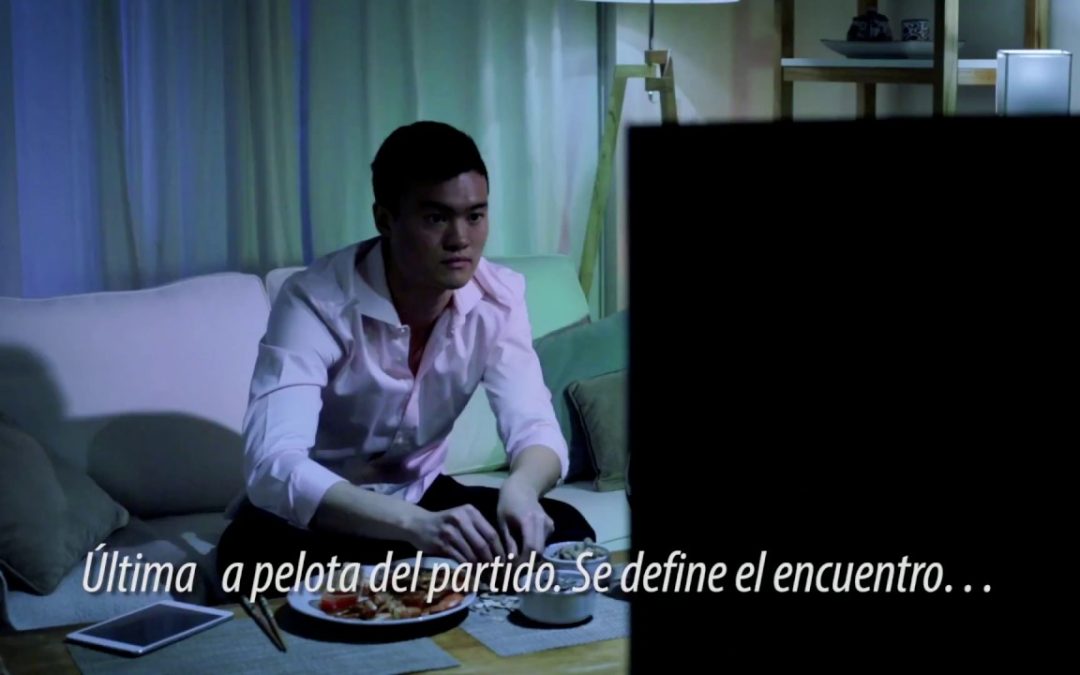 The commercial spot done by BTA was launched successfully in Chinese websites, with the purpose to sell more Argentine gastronomic products. The campaign objective was to attract Chinese consumers into these products. To do so, the brand “Argentina” was associate with two of its pillars: football and gastronomy.
In the advertising spot, an actor with Chinese feature watches an Argentinian football match. During the match, he starts to feel the argentine passion for football, and because of that, he starts buying Argentinian products. When he tries the Argentinian steak, his “argentinisation” in completed. He becomes a fan, who buys hundreds of Argentinian products, and ends up cheering the argentine team.

The campaign aired during November 2017 in China, exploiting one of the important shopping day of China.

Chinese Singles’ Day, November 11th emerged as an alternative to Valentine’s Day, but has become the largest offline and online shopping day in the world, beating the sales of CyberMonday and Black Friday in the USA.

According to the Argentine government, in 2017 the website received more than 170 million of views.